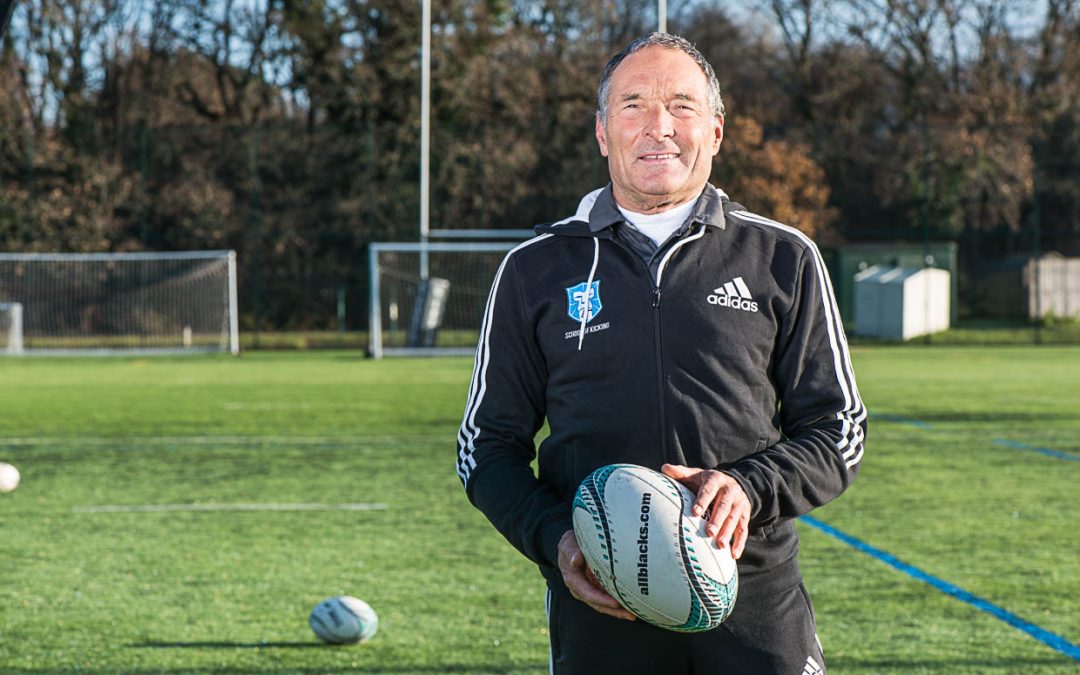 English rugby great Sir Clive Woodward has told the Daily Mail the All Blacks are just one person away from being unstoppable at next year’s Rugby World Cup in Japan. That person he believes is School of Kicking’s Dave Alred.

In his column, Woodward, who led England to World Cup victory in 2003, believed one of his own coaching staff members, former performance coach Dave Alred, was the man the All Blacks should case if they wished to lift their game. He also spoke of his amazement that one of the top nations, including England hadn’t signed Alred yet.

Woodward said Alred, who is widely acknowledged as one of the best performance coaches in the world, would be the answer to what he believed were the All Blacks’ only weaknesses.

“They [the All Blacks] are one person away from being unbeatable and that person is Dave Alred, who was so influential on my coaching staff and is now a guru to Ryder Cup star Francesco Molinari,” Woodward wrote.

“Beauden Barrett’s goalkicking can be a little in and out and some of their decision-making — not going for a match-winning drop goal against the Boks in Wellington last month — is a tad naive.

“If they had signed [Alred] all bets would be off, the All Blacks would win the next World Cup and it amazes me one of the top nations, including England, have not made this happen.”

This article was first published at NZ Herald