“The Knife Edge” in Rugby 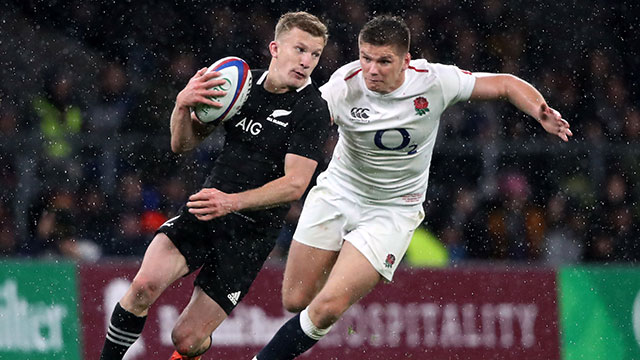 Every kicking play in rugby is a knife edge moment with territory and possession up for grabs. Play it well and the rewards are rich. When it goes wrong you pay the price.

England got off to a flyer against the All Blacks on Saturday and the kicking game was critical throughout as usual. After England scored, a fantastic box kick from Ben Youngs was backed up by an outstanding tackle by Underhill who forced the All Blacks into touch and won possession back. This allowed England to score and then scoring again pulling away early.

A good kick play allows you to attack and then attack again before the opposition have a chance.

A poor kick play means you have to defend and then defend again before you have a chance to attack.

Some boxers trade punches whilst others land combinations. A good action in rugby, followed by a good kick play, allows your team to land scoring combinations. This makes it possible to build a score, choke a team and sometimes blow people away!