Wallabies Might Miss Opportunity for World Cup Glory in 2019 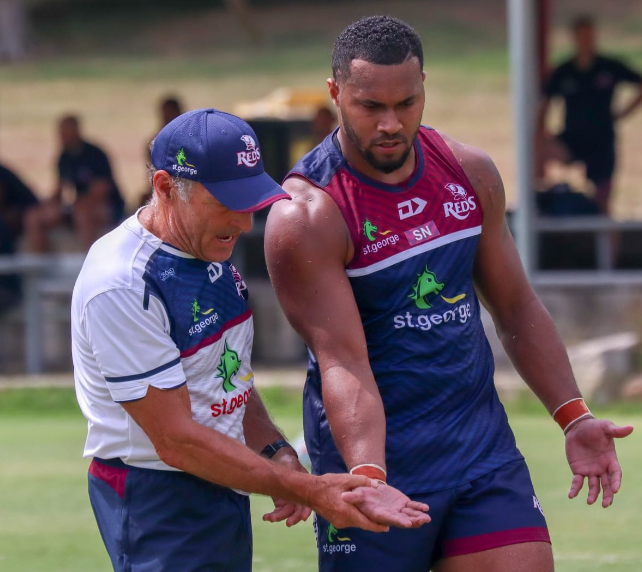 Dave Alred must be watching the developments in Australian rugby with heightened interest as of late. Alred is currently part of the Queensland Reds coaching group, entrusted with the improvement of the club’s kicking game.

Dave Alred started his path in to elite sports coaching when he received his PhD on biomechanics in baseball, where he found the best home-run hitters made impact with the ball opposite their own centre of gravity. His expertise in the area of high-performance is such that it has been used in a wide variety of sports such as his work with top golfers like Padraig Harrington, Francesco Molinari and Luke Donald.

Alred became a household name in rugby circles when he performed the same role for England’s World Cup-winning team in 2003, a victory built largely on the back of world-leading coaching in the fields of defence and kicking.

As a coach, he looked at ways of translating that knowledge into the kicking of a rugby ball and the swinging of a golf club:

“I looked to find a way to remain centred and push that centred mass towards the ball, so that all of your body is kicking the ball, or swinging the club. It just happens to be the foot, or the head of the club, that makes contact.

“The process involves creating a specific awareness of the power in the core, then directing that power mentally through your kicking foot… When Jonny Wilkinson clenches his hands together, he is consolidating the power in his ‘pillar’ [core], then he transfers that power to his kicking foot while remaining as strong and stable as possible.

“You don’t need to look at the posts after the kick has been launched when you’re in that cocoon of concentration, the crowd will tell you all you need to know.”

Alred’s who while working with elite athletes has also worked with grassroot rugby players says that the key skills are the same for Johnny Sexton as it is for the young kicker learning his trade:

“All the weight in your body quits, nothing transfers to the ball and it’s all leg. Many kickers tend to quit the body and let the leg take over, and then you get all sorts of scattered results.”

Dave Alred innovated the development of the cross-kick as an attacking weapon around 2002. Alred delivered this information to England’s two main outside-halves of the era, Wilkinson and Paul Grayson, However, the idea behind this was inspired by the forward pass in American football. The ‘pass’ was delivered off the foot but had the feel of a long cut-out ball thrown by hand.

Australian rugby has been provided with the greatest kicking coaches of all time in 2019 in the shape of the Reds kicking coach Dave Alred. Alred has just the expertise the Wallabies need in order to evolve their kicking game in time for the World Cup in Japan

The Wallabies will have to rely on a sound kicking game if they are to have any chance in the Rugby World Cup in Japan. Can they afford to miss this opportunity, we will have to see all we know is they will be kicking themselves if they do.