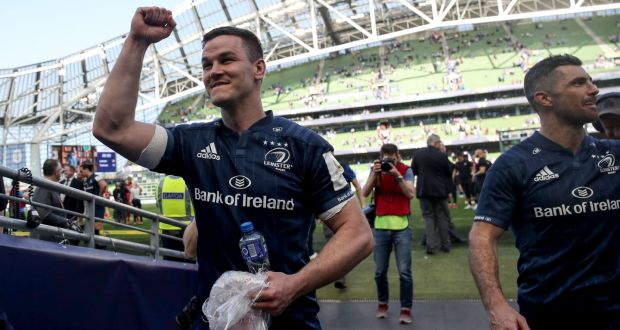 Fresh from working with Francesco Molinari at Augusta in which Molinari finished T5 during the Master’s, Dave Alred was back on his way to Dublin this week to work with School of Kicking graduate Johnny Sexton in the lead up to Leinster’s Champion’s Cup final against Saracens.

Dave Alred has become well renowned in elite sports through his fundamental skills coaching and specialist pressure principles he ingratiates in to his teaching. Whenever Dave has helped Johnny reach the ‘ugly zone’, a fundamental phrase throughout any School of Kicking teaching during the past 11 years of their working relationship, Johnny has normally risen to the challenge which on most occasions has led him to put in a trophy-gathering performance and this is no exception with Dave coming over to help realign Sexton’s strike leading up to the big game.

Dave Alred, although referred to as the best kicking coach of this generation has worked with a multitude of athletes; athletes such as Padraig Harrington, Luke Donald and Francesco Molinari and other rugby players such as Jonny Wilkinson, George Ford and Brad Thorn all swear by the teaching of Dave throughout their careers.

With Sexton only returning from 5 weeks off for the run-in and semi-final victory his return will be crucial to Leinster’s chances on the 11th of May. This kickstarts what could be a great 2019 for Sexton, with victory over Saracens Leinster will secure a European-Domestic double-double and with the Rugby World Cup this year this could become an historic year for Sexton and Ireland

With Pre-Season fast approaching you can now book your personalised Pre-Season programme with School of Kicking. Click HERE for all the information.