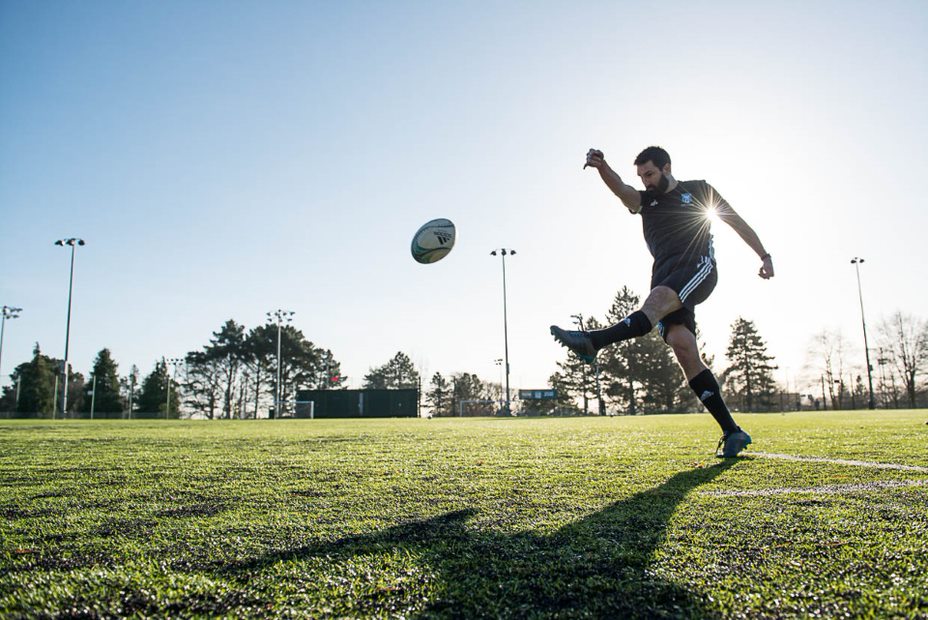 The laws of Rugby Union stipulate you can pass the ball forward.

The only conditions are 1) the recipient is level with the passer as he releases the ball and 2) that he passes using his feet (it must be kicked)!

During an outstanding first weekend of six nations rugby it was exciting to see this ‘forward pass’ used by teams.

Jonny May put in an outstanding ball for Henry Slade and Finn Russell created two tries for Scotland with exquisite accuracy.

Seeing a kick as a ‘forward pass’ allows you to exploit this weakness against defenders at any level.

When England first started doing the cross field kick it was called a ‘DA’ named after Dave Alred. The improved skill and accuracy of the kicks and the ability to do so under pressure enabled the kick to be viewed as a pass for the first time.

The key is to encourage players to develop the skill set to execute ‘kick plays’ as well as ‘pass plays’ in the attacking repertoire. This will take buy in from the whole team for it to be consistently effective but the results are a joy to see!