The 5 Best Rugby World Cup Kicks of all Time 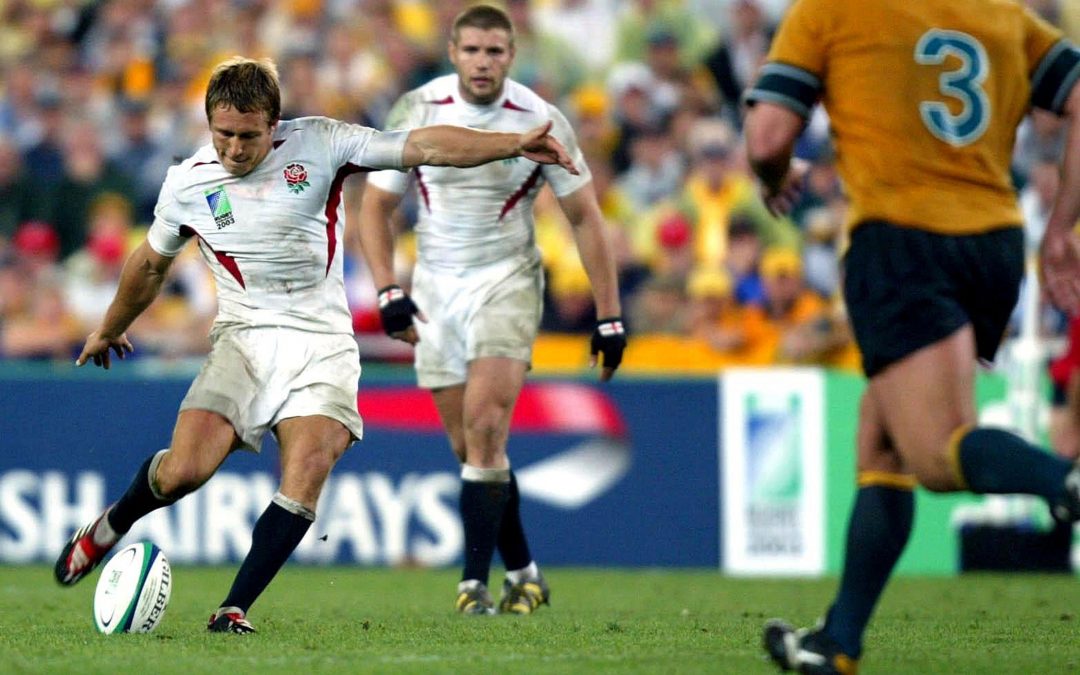 The Rugby World Cup has given us some of the greatest moments in the history of the game, and some of the most important moments have been made by the kickers. With the World Cup coming up in September this is our top 5 kicks ever in the competition. Let us know what you think of this list, have we got this right or have we missed out one of your favourite kicks?

It was a moment where time stood still, Rob Andrews couldn’t have hit it any better. From way left and just inside the 10 metre line, Andrews hit the sweetest kick of the career. The crowd watched in awe as the ball sailed between the goalposts, spinning as if in mid-air turbulence before passing through the goalposts. This kick was highly significant, a pivotal moment in English sporting history. The Aussies were knocked out the tournament with the final kick of the game.

It was the World Cup Final, the biggest occasion of them all. It was South Africa’s tournament and the victors would be crowned winners in Johannesburg. Stransky earned his place in his country’s legendary folk law for his performance in the final, where he scored all South Africa’s points with five drop goals. The kick that sealed the victory was the finest of the bunch. A phenomenal athlete with an even better nous for striking a rugby ball.

28-year-old Jannie De Beer was clinical as South Africa dumped England out of the World Cup in a ruthless fashion. Out of the five efforts at goal, all five were converted magnificently. The Stade de France witnessed South Africa’s back-up outhalf personally dismantle an England side who were favourites to win the whole tournament. The architect of England’s downfall proved that quantity may sometimes be better than quality.

It was one of those euphoric moments in sport where you ask yourself ‘did that really happen?’ Wallabies flyhalf Steven Larkham belted a beauty in from 48 meters to break a 21-all deadlock against South Africa, helping Australia to send South Africa on an early flight home. It was a remarkable show of courage and confidence from Larkham who had amazingly never kicked a drop goal before. Fluke? Maybe. Fantastic? Unquestionable.

Taking the top spot in School of Kicking’s ‘best rugby World Cup kicks of all time’ is Jonny Wilkinson’s iconic kick. It was a fairytale finish to a captivating World Cup Final. Wilkinson’s famous kick in the final seconds of extra time clinched a famous 20-17 victory for England against Australia. It was the result of endless hours of practice on the training pitch, helping to inspire a generation of children to start drop-kicking rugby balls in their local park.

For all information leading up to the Rugby World Cup 2019 in Japan – CLICK HERE.