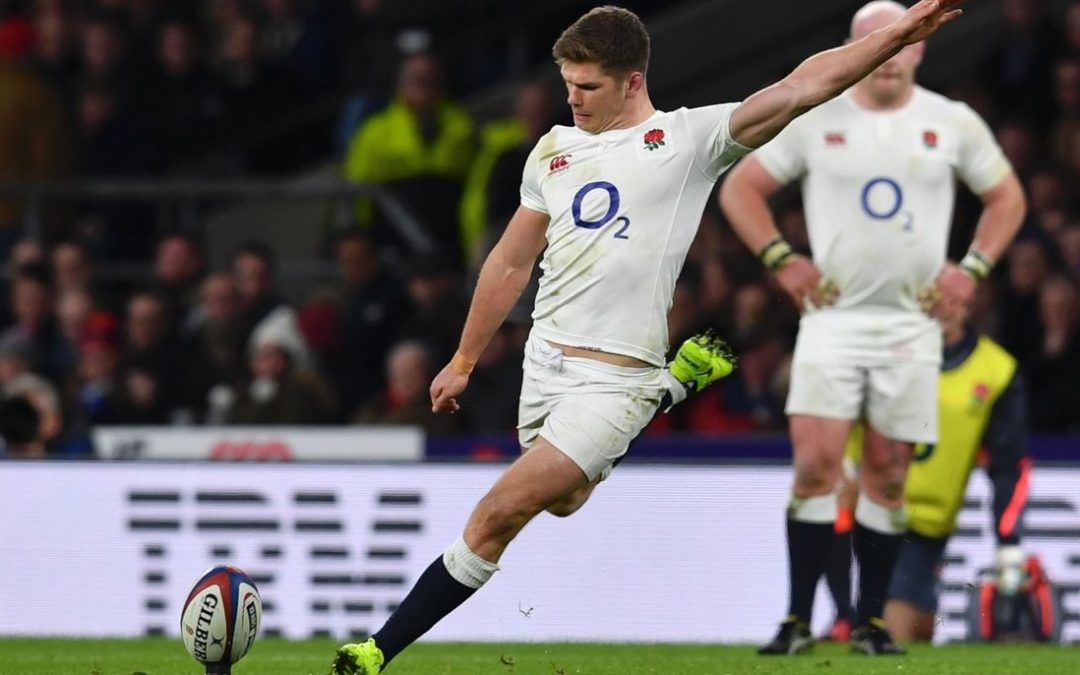 England and Saracens fly-half Owen Farrell surpassed the 900 point mark in International Rugby this weekend as England beat Wales 33-30 in their Six Nations clash on Saturday.

Manu Tuilagi’s controversial 74th minute red card allowed Wales to mount a late revival which saw them close a 17 point gap in the final minutes of the game against a stretched England side of just 13 men, with Ellis Genge already in the sin-bin. However, England’s dominance throughout the majority of the game was enough to safeguard a comfortable enough buffer between themselves and Wayne Pivac’s struggling Welsh side.

Farrell’s contribution was once again pivotal as he successfully kicked 3 penalties, as well as converting all 3 of England’s tries, ensuring that the 33 point tally that they had built up in the 74 minutes prior to Tuilagi’s sending off was enough to stave off the late Welsh comeback.

Farrell was making his 83rd appearance for England, having made his International debut in 2012, and now currently sits 265 points behind Jonny Wilkinson’s total of 1179 as England’s record point scorer. As well as also being just 45 points away from Wilkinson’s Six Nations tally of 486, the most by an Englishmen in the competition.

Wilkinson made 91 caps for England in a 13 year career which began in 1998, retiring in 2011 averaging 12.95 points per game. Farrell’s current average per game of 11 is slightly lower than that of Wilkinson’s, however at just 28, should he continue to keep himself fit and maintain his current level of performance for the next few years then it seems likely that he could eclipse Wilkinson’s record as England’s all time point scorer.

What both Wilkinson and Farrell’s exploits go to show, as well as those of George Ford who also successfully kicked 3 penalties in the win over Wales, is the value of having a strong and reliable kicker in any side at any level.

Manu Tuilagi’s red card opened a door for Wales who, despite having been poor throughout much of the match, were defeated ultimately by only a 3 point margin, a difference of one successfully kicked penalty.

In any sport, circumstances such as red cards or injuries can arise which often cannot be legislated for in planning, and so the value of practicing and executing your skill sets to ensure you are the most efficient and productive unit as possible is vital to any side’s potential success.

After France’s surprise loss to Scotland, England now sit top of the Six Nations table ahead of France on point-difference alone. However, it still remains largely unclear when the final round of fixtures will take place with both England’s trip to Italy and France vs Ireland having been postponed due to current fears around the global outbreak of Coronavirus.