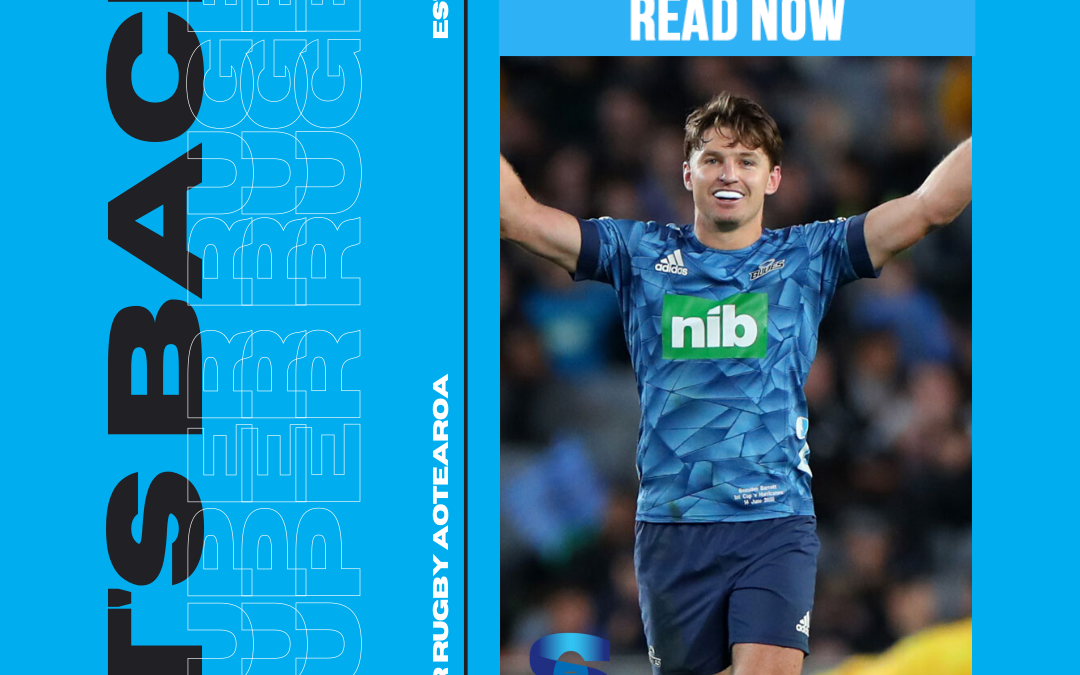 SPORT, and more importantly, Rugby has finally made its long-awaited return following the sporting drought courtesy of the Covid-19 global pandemic.

And it’s back with a bang too, in the form of Super Rugby Aotearoa.

No restrictions. No social distancing. No plastic crowds.

Following New Zealand’s announcement that the country is officially coronavirus free, the reopening of the country’s super league came shortly after and it was clear the Zealanders had missed it.

A crowd of 43,000 gathered at Eden Park on Sunday, Auckland to watch the Blues, featuring School of Kicking’s very own Beauden Barrett, dispatch of the Wellington based Hurricanes 30-20.

The North Island matchup drew the biggest crowd at a super league match for over 15 years, when Tana Umaga, now a Blues assistant coach, played his century match for the Hurricanes.

It was Barrett’s debut for the Blues, which was the main draw for many fans, the flyhalf previously played all 120 of his super league appearances for Hurricanes.

That was the second game since the league’s return, the first being Highlanders vs Chiefs in Dunedin. Which was the first professional game of Rugby to be played with a crowd since the beginning of the outbreak.

The only rule changes that have been made aren’t even related to health reasons, but for the purpose of entertainment: Red-carded players can now be replaced from the bench 20 minutes after their dismissal and there are tie-breaking golden-point period’s if the scores are level after 80 minutes.

The lack of rule changes in Aotearoa is polarising compared to the proposed alterations for the rest of world rugby.

The following rules (Courtesy of BBC Sport) were suggested at the end of May following law trials based off 60 matches by governing body’s Law Review Group, most of these would be trialled at grassroots level mainly, but the orange card rule is specific to professional Rugby.

For those who have managed to stay sane during this time of rugby less ruin and are ready to get their fix, the next Super Rugby fixture is on the 20th June as Barrett’s Blues will face the Chiefs.