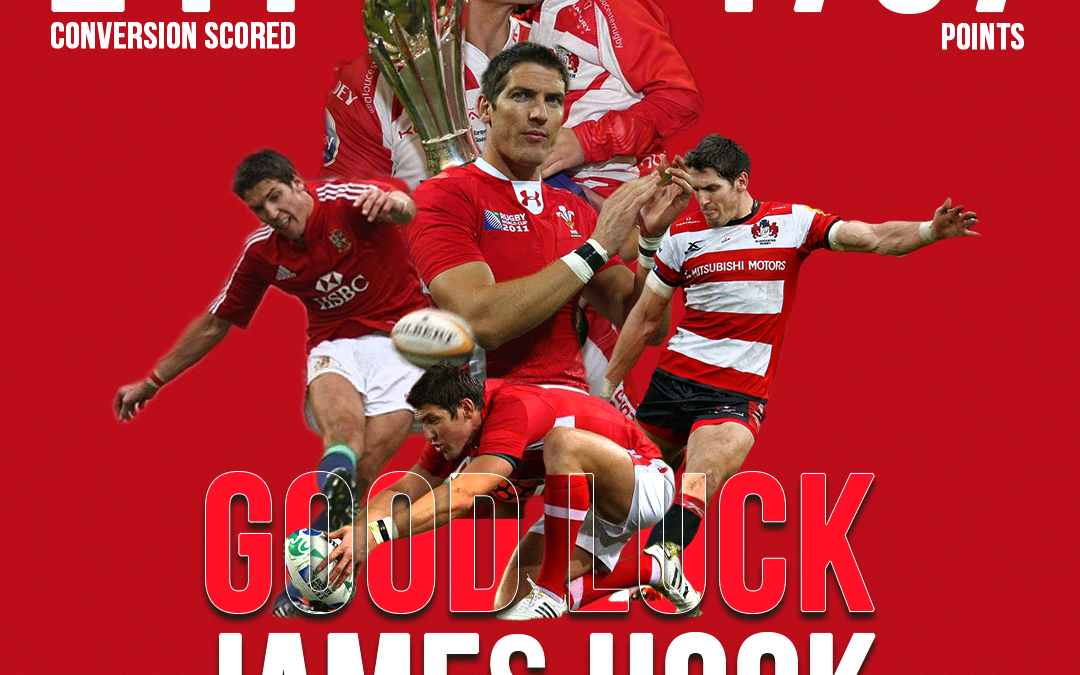 FORMER Wales international James Hook is set to stay on at The Ospreys despite having announced his retirement in January of this year, in the form of their new kicking coach.

Wales’ fifth all time points scorer is hoping he can pass on his kicking knowledge to the younger players at Ospreys and has been working with SOK’s very own Dave Alred for some coaching tips.

Hook said: “I’ve been in touch with Dave Alred, who’s vastly experienced in the field, to see if I can pick up some tips from him, while I’ve also spoken to Neil Jenkins.

“I’m trying to develop as much knowledge as I can to pass on to young players.”

Hook could be the perfect mentor to help cultivate the next top talents at Ospreys, especially considering his debut for the junior welsh national side at just 10 years old, Hook knows how to handle the pressure from a young age.

Which is something that Dave Alred will no doubt help with, given his expertise in performing when it counts, and pressure principles.

Hook said: “I’d like to think I could act as a mentor for those boys. In that sense, it’s about more than being a kicking coach.”

The former utility man was poised to undergo some on the job training with the Wales Under-19’s against Japan High Schools before Covid-19 brought a halt to proceedings.

Hook said: “Everything’s been thrown up in the air a bit by the coronavirus crisis, but I hope to continue being involved with the region,”

“I’ve been doing some kicking coaching since I returned to the Ospreys three years ago, helping the academy boys. I’ve also worked with senior boys like Cai Evans and Luke Price.”

Hopefully his versatility as a player will serve him well as a coach that can understand every position, as a player who was often played at 10, 12, 13 or even 15.

The recruitment further intertwines the 35-year-old from Port Talbot into the DNA of Ospreys, adding to his 149 playing appearances at the club in two stints between 2006-2011 and 2017-2020.

Hook notched up an impressive 841 points in that time but nothing stands out more in his career than in the 2007 closing Six Nations game where Hook carried the Dragons to a victory over England.

Since hanging up his boots over the physical demands of the modern game with a family and three children to think about, Hook has certainly kept busy.

Hook has acquired coaching qualifications with the Welsh Rugby Union and is also working on a children’s book to launch later this year, following the journey of a young talented Rugby schoolboy.

So, he truly lives and breathes the narrative of a youth coach it seems and looks set to kick on and nurture the next generation.