Western Force kicker Ian Prior takes the crown for the Super Rugby AU’s Most Valuable Kicker for the Month of July. 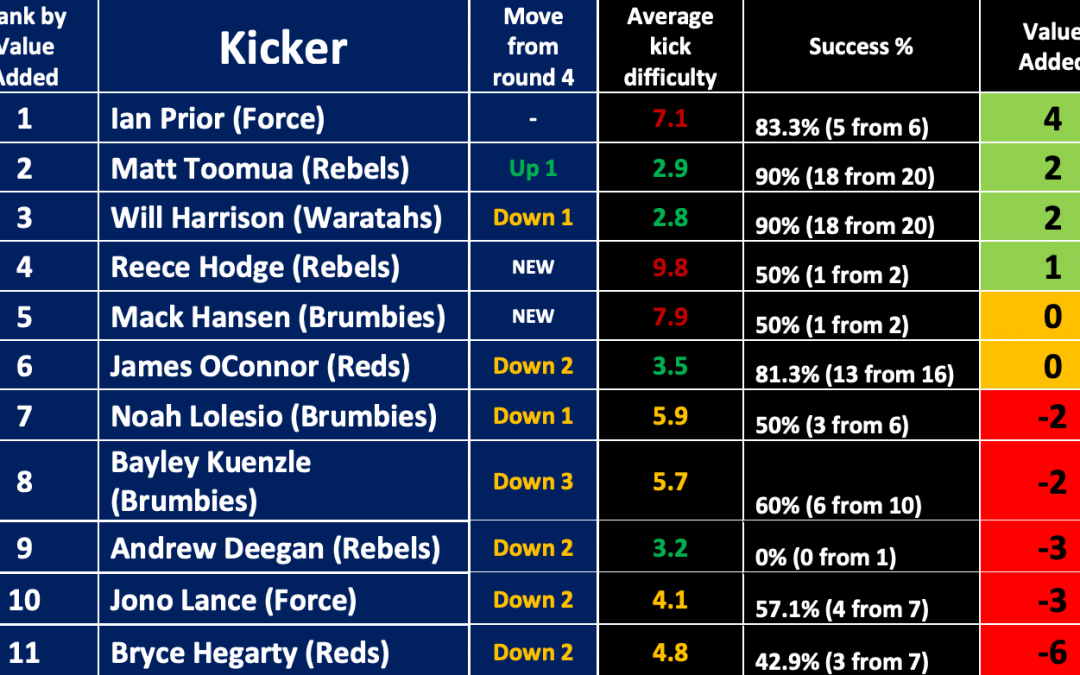 Western Force kicker Ian Prior takes the crown for the Super Rugby AU’s Most Valuable Kicker for the Month of July.

With the five rounds of fixtures taking place throughout July marking the return of competitive Super Rugby AU for the first time in months, a level of rustiness and inconsistency in performance output is to be expected. But Prior was able to demonstrate a level of reliability and consistency outweighing his kicking rivals to take top spot.

Sports analytics site goalkickers.co.za calculate that out of the 11 possible candidates for the MVK title, Prior had the third highest ‘average kick difficulty’. 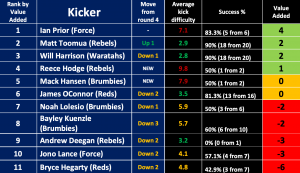 The Australian scrum-half had an overall kicking percentage of 83%. Prior scored 13 points with these kicks (he attempted 3 conversion and 3 penalties). An average pro kicker would have scored 9 points with these kicks. This represents a solid output given the lack of match practice suffered by many players.

Prior was also the only kicker throughout the three rounds who was able to finish with a ‘Value Added’ score of +4. Another metric used by Goalkickers that is used to calculate the Most Valuable Kicker. The Value Added score is an indicator to show the literal value added on to the scoreboard by a kicker compared to their kicking rivals. Calculating the number of points the kicker scored more than they were expected to when taking into account the difficulty of their kicks.

The Super Rugby AU competition continues throughout the month of August and with players getting up to full speed in terms of ability and fitness, we can expect the competition for August’s MVK to really begin to heat up.

To see more kicking statistics and to compare kickers across all Super Rugby Competitions go to goalkickers.co.za