We have a winner! Inaugural Alred Trophy champion crowned 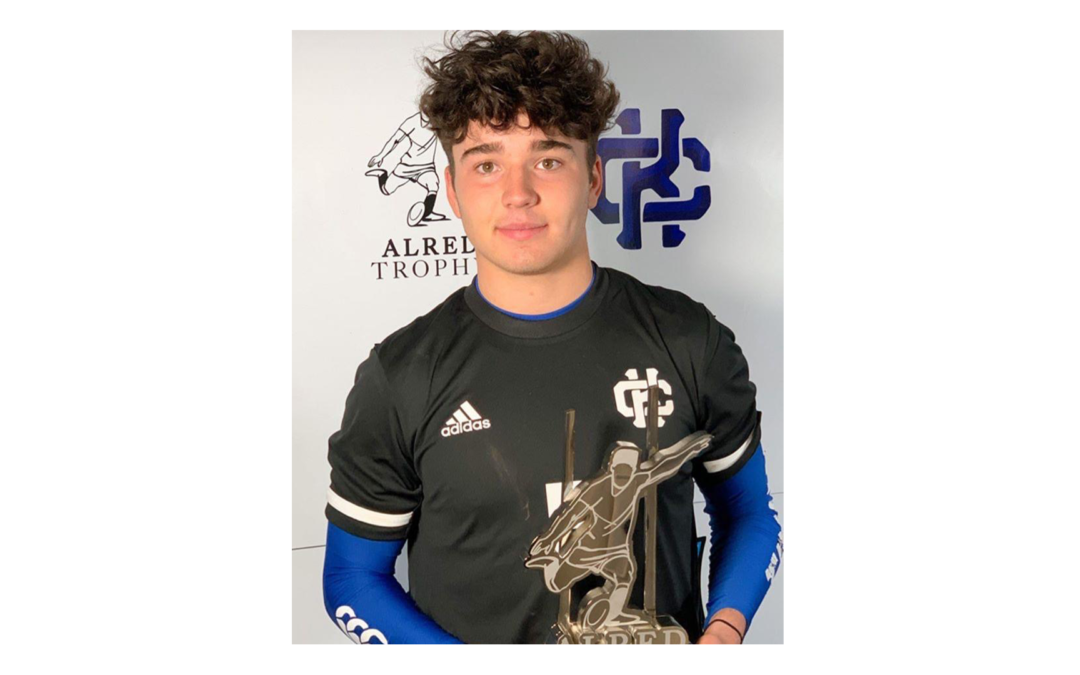 The winner of the inaugural Alred Trophy, a competition founded by our legendary kicking coach Dave Alred aimed at unearthing Great Britain and Ireland’s next best kicker, has been crowned in a sudden death competition at Nottingham Rugby on Sunday 25th October. 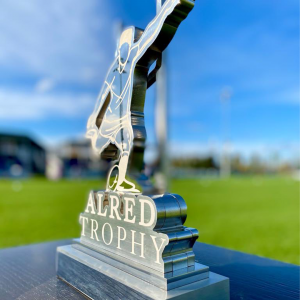 Joshua Bellamy (15) of Trinity School in Croydon took home the ultimate prize for the best goalkicker on the day, in a conversion challenge that saw him come from behind to clutch the final.

Our newest coach signing Emily Scarratt, World Rugby Women’s 15s Player of the Year and England international, was on hand to present Joshua with the trophy alongside our head coach Tony Yapp. 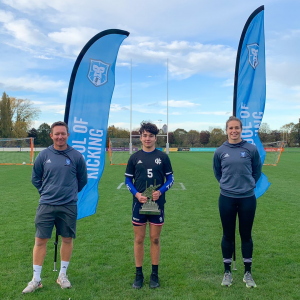 Talented up and coming rugby kickers from across the country were put to the test on a range of kicking discplines, designed to test their power, accuracy and performance under pressure. Each test was designed to simulate a match-based scenario including; Longest Drive, Hang time and Target Restart, as well as the ultimate prize of the Best Goalkicker and the Alred Trophy.

The winner of each high pressure kicking challenge took home a prize and bragging rights heading into next year’s competition.

Speaking after slotting the final kick to take home the trophy, Bellamy said, “It was great to win after missing my first attempt right in front and then to come back from there. I knew there was a lot of pressure given what was at stake, but as soon as the hardest technical kick went over I felt a lot more confident and comfortable.” 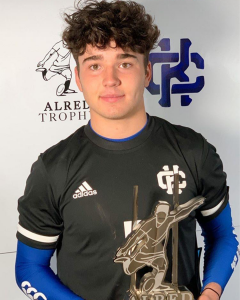 Scarratt applauded Joshua’s calm head as he went into the final. “Joshua showed great performance under pressure to come back from missing his first kick right out in front, to then nail the others at the business end of the competition which is not an easy task. He struck the ball well and was able to refocus when it mattered.

“The young talent on display here today is a great example of the depth we’ve got coming through the ranks. The Alred Trophy is the perfect way to showcase that talent and give them the opportunity to develop that side of their game and test themselves against others their age.”

Harry Carson (16) of Millfield School came out on top for the Longest Drive with an incredible 57.4m long kick out of the hands in strong cross winds and the highest average of 44.8m from five attempts. Carson also won the Longest Drive off the tee with a 57.8m distance, a great demonstration of his power and technique.

Charlie Davison (18) of Cheltenham College won Hang Time, a competition to test accuracy and time in the air, hitting two out of five targets and a total of 53.6 seconds air-time out of five attempts.

And after a sudden death tie breaker, Ben Jones (17) of Loughborough Grammar School and Loughborough RFC took out the Target Restart challenge nailing the most targets of the kickers under immense pressure towards the end of the day.

Named after our founder, Dave Alred MBE, the Alred Trophy is aimed at merging rugby and entertainment in a showcase of exceptional skill and talent, while helping to broaden interest in rugby as a supplement to the modern game and to provide further opportunities for up and coming kickers to test themselves against the best.

In addition to being crowned our very first Alred Trophy champion, Sunday’s winner Joshua Bellamy also received a 12 month scholarship to the School of Kicking.

“The scholarship will be amazing for my kicking development and will be great to help my team back home as kicking is a really important part of our game. My favourite player is Beauden Barrett, so I’m looking forward to receiving tips from Dave Alred, the same coach that now coaches him.”

To find out more and to see the full results of Sunday’s competition head to https://schoolofkicking.com/