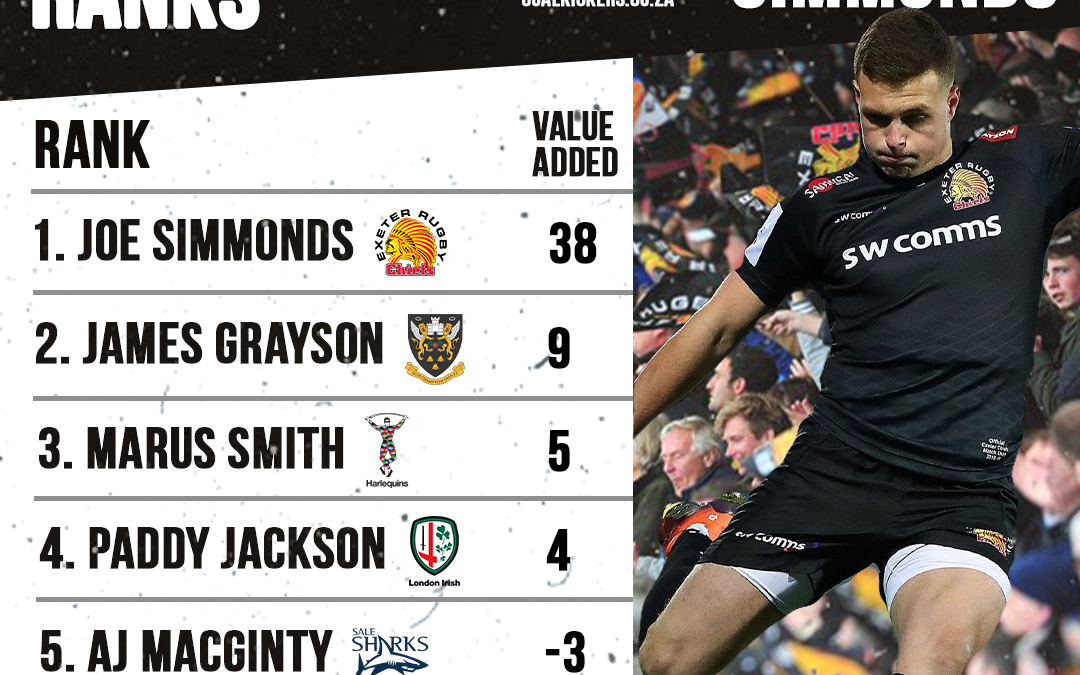 Just like the Gallagher premiership table, Exeter Chiefs fly half Joe Simmonds has taken the title for the competition’s most valuable kicker for round 2. The competition might only be two rounds old, but Exeter have picked up right where they left off last season with Simmonds demonstrating a direct and precise kicking game slotting through 7 out of his 8 attempted kicks at goal. Simmonds’ consistent accuracy on the weekend was enough to overtake his kicking rivals. 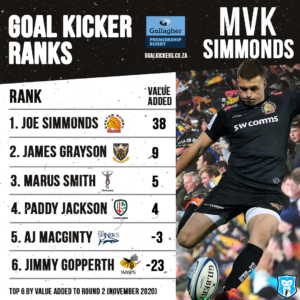 Sports analytics site goalkickers.co.za calculate that Simmonds had the highest ‘average kick difficulty’ at 5.8, with the closest rival, London irish’ Paddy jackson’ having a kick difficulty of 5.5.
‘Most difficult kicks, Joe Simmonds’ 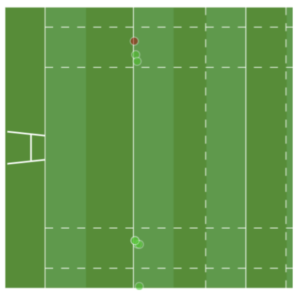 The 23 year old had an average kicking percentage of 87.5%, In the latest game against Bath, he kicked a total of 9 points (3 conversions). With Simmonds topping the pile, he was the only kicker to have a “value added score” of a very impressive +38, which is another metric used by Goalkickers to calculate the Most Valuable Kicker.
The Value Added score is an indicator to show the added value on to the scoreboard by a kicker compared to their kicking rivals. Calculating the number of points the kicker scored more than they were expected to when taking into account the difficulty of their kicks. 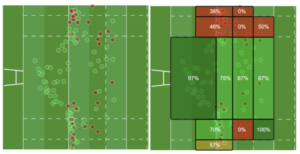 The Gallagher premiership continues right the way through the festive period and with Joe Simmonds and the Exeter Chiefs the ones to catch, the other rival teams will be more than determined to try and knock the current champions off top spot.
To see more kicking statistics and to compare kickers across all Rugby Competitions worldwide go to goalkickers.co.za.