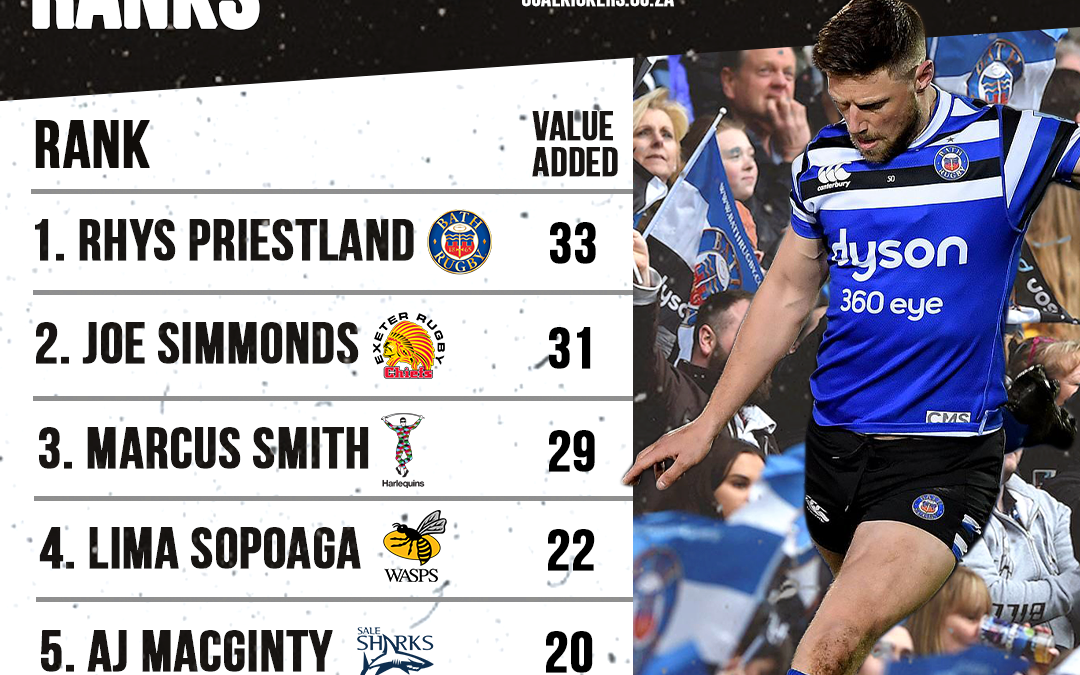 After 6 exciting rounds of the Gallagher premiership, welsh and Bath fly half Rhys Priestland has topped the pile for the competition’s most valuable kicker. Despite Bath losing the last couple of games, Priestland’s precision has enabled him to take the top spot of this weeks’ competition. He achieved an 88.9% kicking success rate, kicking 16 out of 18 shots at goal. Joe Simmonds from Exeter, in second place for this week, achieved the same percentage score. 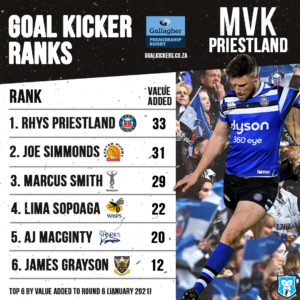 The Value Added score is an indicator to show the added value on to the scoreboard by a kicker compared to their kicking rivals. This calculates the number of points the kicker scored more than they were expected to when taking into account the difficulty of their kicks. 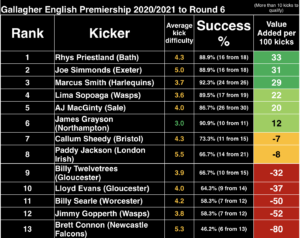 The Gallagher premiership continues right the way through 2021 despite Covid-19, and there’s a new leader with Pat Lam’s Bristol Bears in pole position. Can the Bears continue their fine run in form and win their first ever Gallagher Premiership title?

To see more kicking statistics and to compare kickers across all Rugby Competitions worldwide go to goalkickers.co.za.